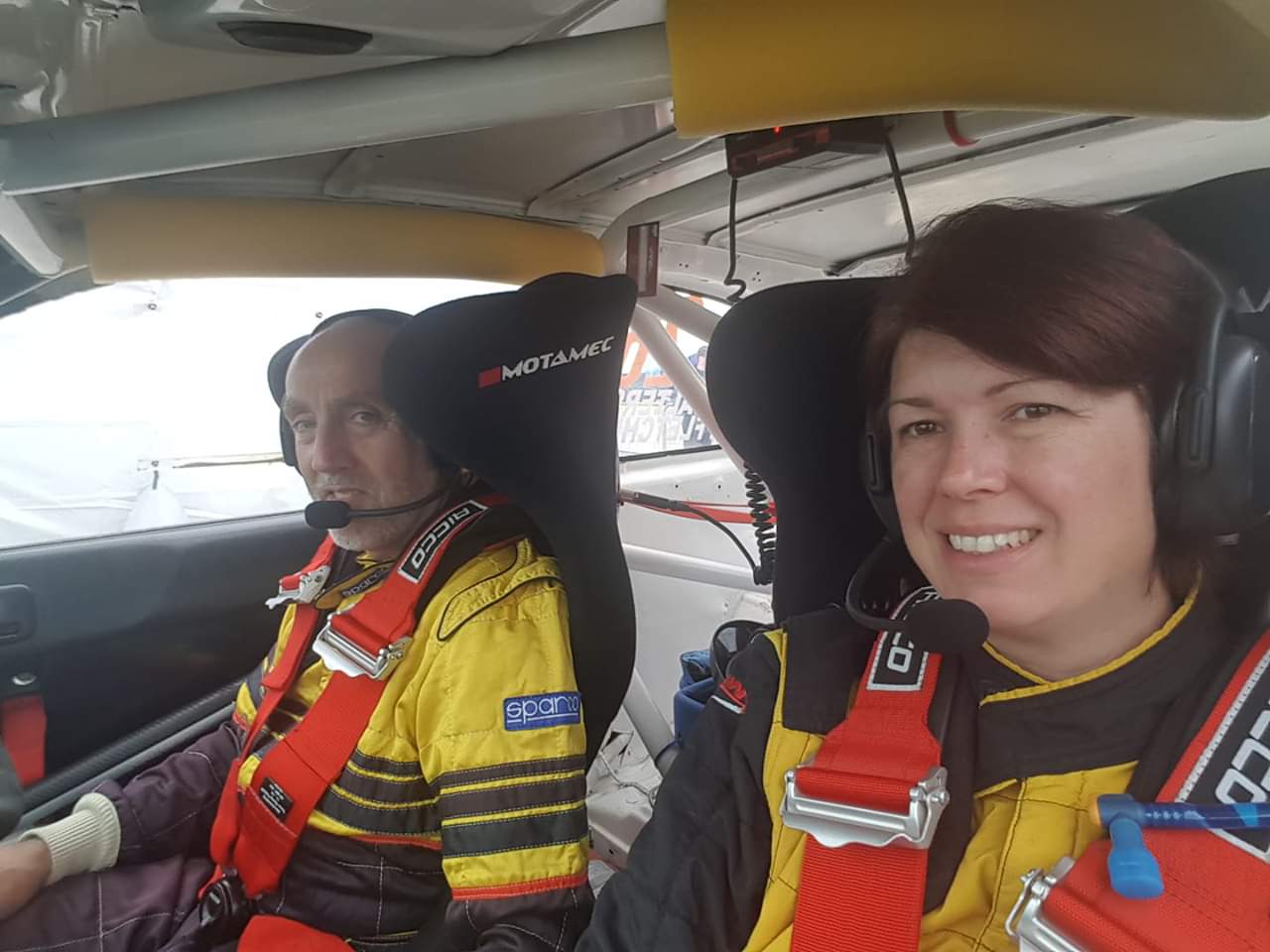 How you started in Motorsport?
I have no family history in motorsport. My partner resurrected his rallying hobby in 2014 and I took the job of co-driver in his Peugeot 205 GTI. We now have a Honda Civic and started competing in the Welsh National Championship in 2017. I love doing the forest rallying and do not miss tarmac at all.
In addition to rallying, I also compete in the Midland Speed Championship, which is for hill climbs and sprints. I drive an Abarth 500. I only got into this when my partner broke his back and as he could not do any motorsport for a year I was encouraged to take up the mantle. It is great fun and I have continued to compete ever since.

Plans for 2019
I am continuing to co-drive in the Welsh National Championship and I am also competing in the Midland Speed Championship for sprints and hill climbs. 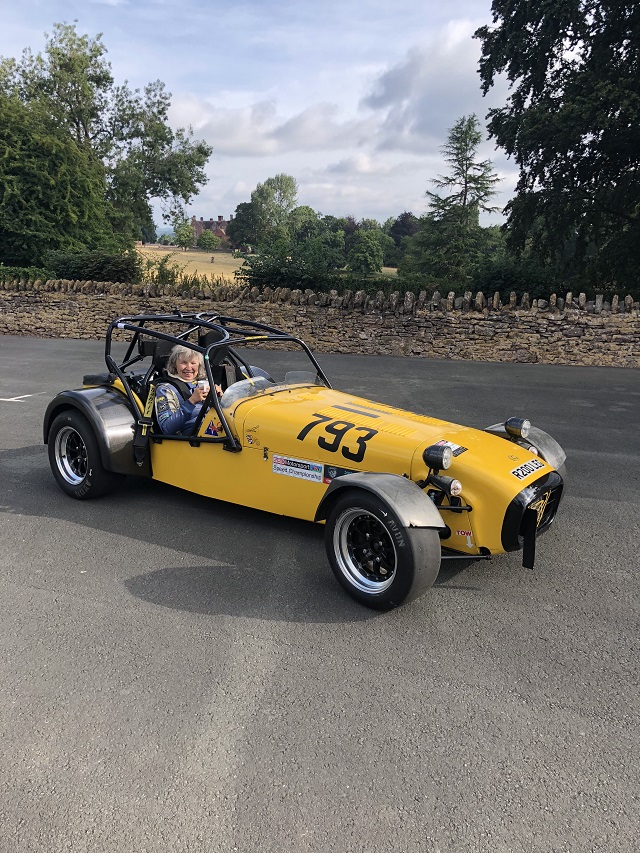 How you started in Motorsport?
My Father had sprinted Motorbikes and I was brought up visiting car and bike events from an early age, but all of my family sailed, and in my 20’s I ended up joining the rest of them racing sail boats. It wasn’t until I moved to West Sussex in 1992 and found myself 10 minutes from Goodwood that I started driving and doing track days. Track days led to buying a Caterham, and then after that a quicker Caterham. Wanting to experience different venues, I joined a Hill Climb and Sprint series in 2008 to make myself get out and about across the country. After my first season I was hooked on competition and have been Sprinting and Hill Climbing, when I can, ever since.

Currently hold the Ladies Hill Record for Watergate Bay – the first ever open road hill climb in the UK.

Plans for 2019?
An early season accident at Llandow means that the seasons plans are on hold. ‘Custard’ is currently being stripped back to assess the damage, after which I will find out whether there will be any more outings in 2019.

Name: Abi Haycock
Age: 23
Hometown: New Tredegar
How you started in Motorsport?
When growing up my dad would often take me to watch events and would take me to watch my brother compete. I have always wanted to follow in his footsteps and be better at it than what he is. In 2014 I competed in my first Road Rally and Stage event and got the bug straight away. 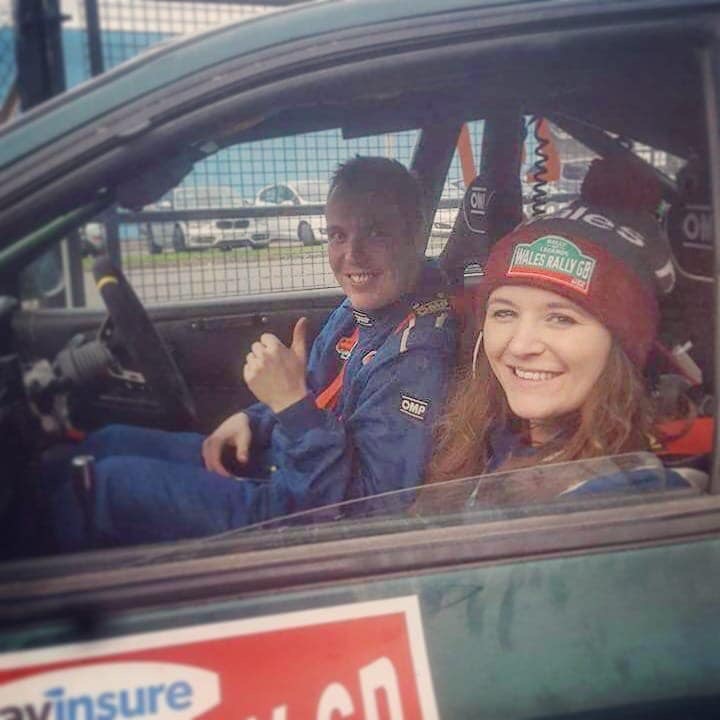 How you started in Motorsport?
My dad has rallied since I was young, he finally gave in and let me drive his 205 on a road rally in 2014, absolutely loved it! I drove a few road rallies, autotests and trials before starting codriving on stage events in 2015.

Plans for 2019?
I am currently 2nd co driver in B13 in the Pirelli Welsh Forest championship and also competing in the Fmp championship  and Anwcc championship doing a mixture of gravel and tarmac events in 2019 with Josh Taylor in the Impreza and Chris Berry in the Mk2 Escort. 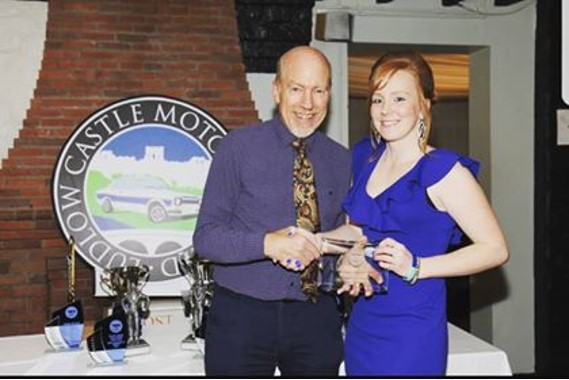 How did you get into Motorsport?
Both of my parents have rallied. My mum no longer does however my dad has for as long as I can remember, so I definitely got the rally bug from him! It first started by going to watch local events, then when I got a bit older I helped out with marshalling and then finally I got into the silly seat and now I am hooked!

2019 Plans:
Compete in as many events as I can and have fun! The other half of 'Team Ginge' is taking a break from rallying so I have a couple of gravel events lined up over the next couple of months which I am really looking forward to.

Design Copyright © 2019 Rallyonline
Content Copyright © 2015-2019 Welsh Association of Motor Clubs
Contact This email address is being protected from spambots. You need JavaScript enabled to view it.