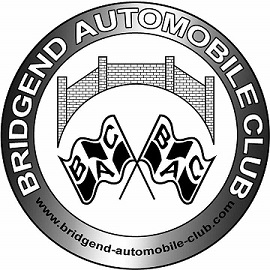 Information about the Club

Bridgend Automobile Club was formed in 1959 and met for many years in the Sycamore pub in Colwinston. Over the years the Club has organised many forms of Motorsport events but it is now concentrating on organising "Grass roots" events for its members to use their road cars on. The Club has members who compete in every form of Motorsport and every level from closed to Club events,open only to BAC members, right up to international rallies in Europe.

The Club currently meets at the Barley Mow in Graig Penllyn, and every Tuesday will find a lively crowd enjoying the hospitality there.

At least once a month the Club tries to organise a low cost competitive event such as an Autotest. These are aimed at members who only have or want to use a road car. For the more experienced competitor BAC offers access to all forms the forms of Motorsport that the RAC affiliated Clubs throughout the UK organise.

The Club organises various Championships including; The Clubman’s Championship to reward members in every aspect of the Club. The Junior Championship is run on the same lines as the Clubmans, and junior members earn points in both the Clubmans and their own championship. The Drivers & Co-Drivers Championship allow members to accrue points from competing in Club or outside events, and the Chairman’s Championship for BAC specific Motorsport events. Trophies are awarded annually.

The Club is affiliated to the MSA, ASWMC and WAMC.

Design Copyright © 2019 Rallyonline
Content Copyright © 2015-2019 Welsh Association of Motor Clubs
Contact This email address is being protected from spambots. You need JavaScript enabled to view it.